My Argument Proposing the Motion to End Aid to Africa

(So I am going to be doing this in the format of my old primary and secondary school debates. I will not start with ‘Good day’ however, because Mr Olasehinde said it sounds rude!)

Hello my fellow Africans, valued (so not!) statesmen, honourable(?) financial analysts impeccable (cough, cough!) policy makers and the esteemed citizens of the world (audience). I am here to propose the motion that no aid should be sent to Africa, from this day forward, forever, amen. My points are as follows:

Great men, like Albert Einstein, Benjamin Franklin and David Boswell, have been attributed with the honour of defining insanity as ‘doing the same thing over and over and expecting different results.’ Irrespective of who said it, at the core of the statement lies a truism. Since circa 1960 and the creation of African states in an arbitrary and haphazard manner, that disregarded the needs and desires of the African people, aid has poured into the continent like water into a basket. He who pours water into a basket shows where exactly his level of common sense lies. There has not been a proven empirical link between aid and growth/development. No African state can be proven to have developed strictly because of the aid received.

The purposes of giving aid have always been dubious. During Nigeria’s civil war, it has been stated that the aid given to Biafra extended the length of the conflict for over a year, thereby increasing the number of dead and wounded. The activities of aid agencies in the continent are hardly ever in concert with actual development. The proportion of overall aid dedicated to technical assistance, emergency food and health aid, as well as debt forgiveness, is relatively low. These forms of aid are logical in the short term. However, project and program aid has not been shown to make a massive difference to the lives of African people. In actual fact, as the amount of aid started dropping due to the financial crisis in Europe and America, the GDP of African countries began to increase. There has to be a systematic reduction in health aid, coupled with technical assistance that leads to an infrastructural improvement in African states.

Let’s move to the structural adjustment programs of the 1990s, when we all joked that life was being SAPped out of us. Do you remember? The IMF and World Bank programs caused a lot of suffering in many African nations, slashing spending on health care, education and agriculture. Were these cuts meant to be made up by aid? Any solution that ignores the root cause and logic is no solution at all.

Rather than aid, governments of developed countries should make policy changes to enhance African development. John Hilary, executive director of War on Want, cites trade liberalisation policies that subject firms in poor countries to competition they cannot handle and tax loopholes that allow firms to minimise payments to developing countries. Dani Rodrik, the development economist, says rich countries should pursue a "do no harm" approach with policies that include carbon taxes and other measures to ameliorate climate change; more work visas to allow larger temporary migration flows from poor countries; strict controls on arms sales to developing nations; reduced support for repressive regimes; and improved sharing of financial information to reduce money laundering and tax avoidance. Note that some aid is actually in the form of loans that contribute to Africa’s debt crisis. Basically give 1 carrot with the left hand and collecting 2 with the right hand.

Secondly, the Wolof of Senegal say that ‘a dish which is going to be tasty will smell good when it boils.’ However, the stench of aid clings to Africa like a beggars rags. I heard someone say something on TV in the UK implying that Africans should have picked themselves up after all the money she has given us. The Yoruba people say that it is for the day of trouble that each person has a unique name. I would have like to have told that woman that no aid had ever come to me. Let’s take a few examples of where aid actually goes…

Aid to Morocco was used to fund L’Oasis de Noria – a vast £60million holiday complex comprising a lagoon complete with waves, a golf course, almost 1,000 apartments and villas. £800,000 was given by EuropeAid, which Britain significantly funds.
Yegna, a girlband dubbed the Ethiopian ‘Spice Girls’, was given £3.8m by the UK Department for International Development.
Iraq receives the largest proportion of US aid.

Due to the greed and therefore corruption of many African leaders, a large proportion of aid goes missing. Conclusively, aid hardly enriches the lives of a large proportion of Africans, most especially, those who need it. If aid were not given, the lazybones leaders who are waiting for handouts, will make something of their countries and actually make more money. Idiots!

Thirdly, the Somalis say that ‘Bad counsel may cause you to fall into an abyss.’ The motivation for giving aid by developed countries is questionable and the statistics upon which the motivation is based is unverifiable. The British PM said that if aid is not given ‘the problems of conflict, the problems of mass migration, the problems of uncontrollable climate change are problems that will come and visit us at home.’ Again, this motivation has proved futile as, African migration via the Mediterranean has reached a high in 2015.

We can look back through African history as to how aid has been used. Let us go to 1958. When General Charles de Gaulle assumed supreme power in 1958, an independence referendum was held in the African colonies. Guinea-Conakry alone voted for independence; France responded by granting Guinea independence in 1958 but withdrawing its officials and its financial aid.

The reluctance to grant aid is also worrisome. Since 1970, when the world’s rich countries agreed to give 0.7% of their Gross National Income as aid yearly, targets are rarely met. The US is often the largest donor in monetary terms, but ranks amongst the lowest in terms of meeting the 0.7% target. The Ethiopians say ‘A bird hanging between two branches will get bitten on both wings.’ You either give aid or you do not. You either give for the right reasons, or you do give at all. (See my carrot and hand analogy above.)

Fourthly, while the percentage amount of aid is negligible, the fact of aid confirms Africans (and therefore black people) as helpless and subhuman in many people minds. This feeds into the intractableness of racism in the world today. British politician, Peter Mandelson said that aid has ‘demeaned many African governments by turning them into professional beggars.’ Every aid advert on television is accompanied by bony African children, with flies on their eyeballs. For many, many people, these are the only Africans they will ever see.

Now let’s look at colonialism. The colonial powers managed to convince themselves that they were subjugating Africans (and others) for their own good. European violence was going to stop the wars endemic to Africa, and their enlightened (over-)rule would be to the benefit of all. (Sound familiar?) Enough is enough. E don do!

The Ewe of Ghana say that ‘a beggar can beg for certain things but cannot beg for an ostrich's egg.’ Our self-worth cannot be maintained while presidential begging subsists. The Fulani of West Africa say that ‘He who gallops the horse of greed arrives at the door of shame.’ The horse of aid will only lead Africa to more shame. The Swahili say that ‘when the crocodile smiles, you should be extra careful.’ Collecting aid is no aid. 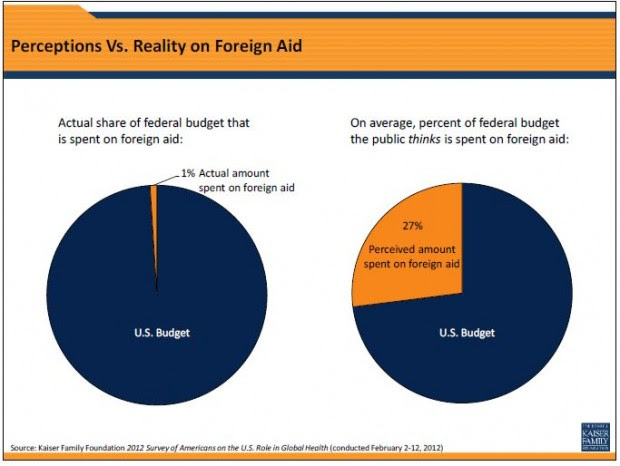 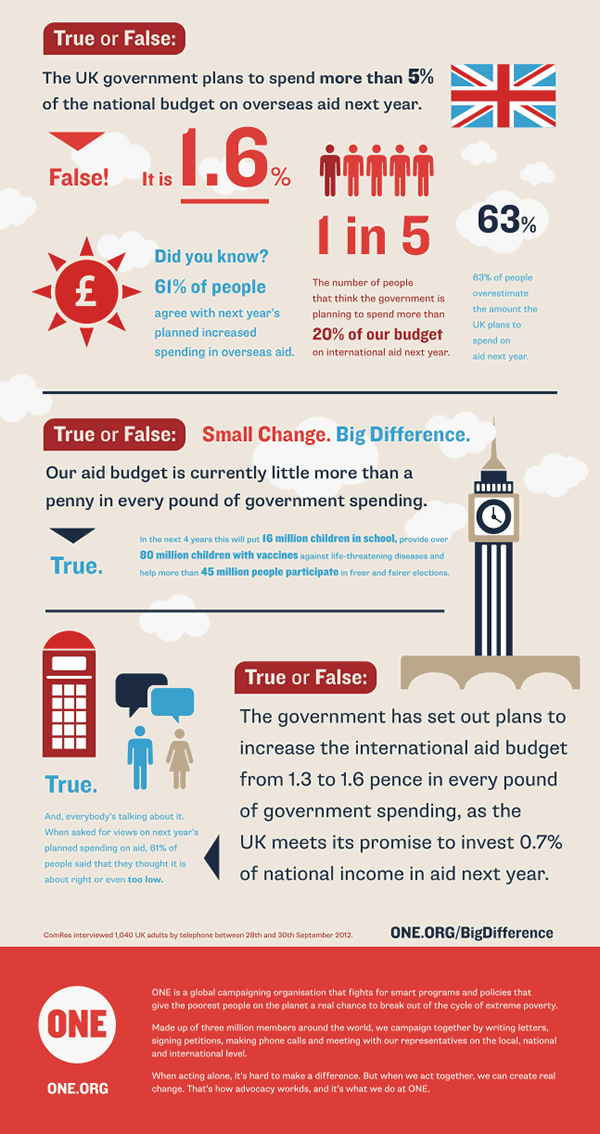 The Akan of Ghana say that ‘When you grab the head of a snake, the rest is mere rope.’ This problem and the solution is in African hands. African can and should care for itself. Africa has 58 countries and 1 billion people. Now I am going to give you some critical information.

The export of African forest products from Cameroon, Central African Republic, Republic of the Congo, Democratic Republic of the Congo, Gabon, and Equatorial Guinea, brings in significant revenue. Africa’s fishing industry, mainly coastal West Africa, Namibia and South Africa, provides income to more than 10 million people and has an annual export value of $2.7 billion. African inland fisheries contain more than 3,000 fish species and account for two-thirds of global inland fish production. Lake Victoria is the most productive freshwater fishery in the world, producing more than 500,000 tons of fish worth $600 million every year. Africa’s agricultural products include cocoa (which alone accounts for 70% of the continent’s agricultural exports), coffee, tea, cotton, sugar, pineapple and bananas. Over the period of 2000 to 2011, West Africa recorded a large trade surplus of coffee, tea, cocoa and spices, which rose from just below US$ 2.5 to 7.5 billion. However, African products are largely unprocessed products (less than 6% of African cotton is processed, and only 25% of cocoa), as most of the processing is done in importing countries.

The Aswan Dam, a complex of two dams in Aswan, Egypt, captures the world’s longest river, the Nile, in the world’s third-largest reservoir, Lake Nasser. The Aswan High Dam, the newer and larger of the two dams, produces more than 10 billion kilowatt-hours of electricity every year, enough power for about 15 percent of the country. Lagos is Africa’s second most-populous city, with a population of about 10.2 million people. Lagos is growing 10 times faster than New York City, New York, or Los Angeles, California, in the United States. The United Nations estimates that Lagos will be one of the largest megacities in the world by 2015.

The Cold War illustrated that whoever controlled Africa, controlled the world. China’s association with Africa attracts caution, for this reason. Despite its resources, with the exception of cocoa, for which Africa is the main producer, the continent is unable to influence international prices (price taker). Imported products represent 1.7 times the value of exports. Exportation is actually done at a loss, which is why dependence on aid is required. According to the World Bank, just 5% of Africa’s cereal imports come from other African countries. It is estimated that more than 60% of the world’s available and unexploited cropland is located in sub-Saharan Africa. Africa can feed the world.

Africa and its countries need to look inwards. Africa needs to close its borders to resources. Nothing comes in, nothing goes out… for 5 years. During that time all Africa’s resources should be used to develop Africa and Africa only. While human resources cannot be conscripted, the more Africans who dedicate their time and skill to this project, the better. ‘When there is no enemy within, the enemies outside cannot hurt you.’

The Setswana of Botswana say that ‘life, like a wheel, turns.’ Africa can develop and turn poverty into wealth.
We should also not ignore the good and beneficial teachings in our culture. As the Yoruba say. ‘If we stand tall it is because we stand on the backs of those who came before us.’
With these few (ahem) words of mine I hope I have been able to convince and not confuse you that Aid to Africa should stop now.

We are what we think
We are here!
We are proud!
We are free!
We are Africa!!! 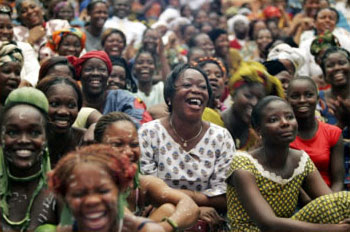